Here's an image of Gibbs iterates from a 2-D dimensional Gaussian in the typical coordinate directions. 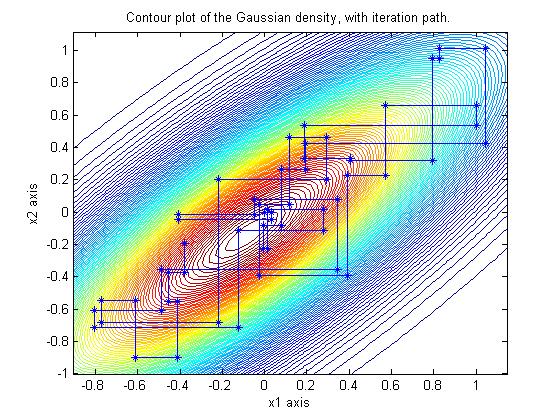 The Gauss-Siedel iteration which minimizes the corresponding quadratic using the same coordinate directions converges geometrically (i.e., linear on the log scale) in 90 iterations: 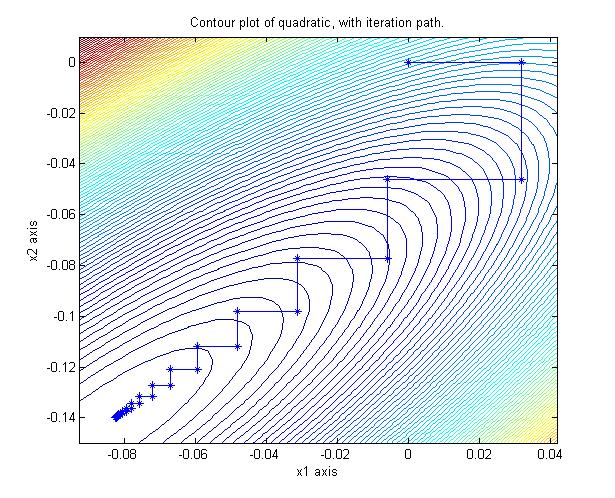 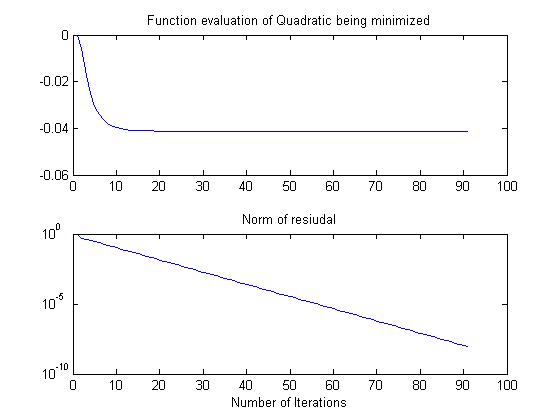 When accelerated with Chebyshev polynomials, the sampling directions are more in line with the eigen-directions of maximal variability. 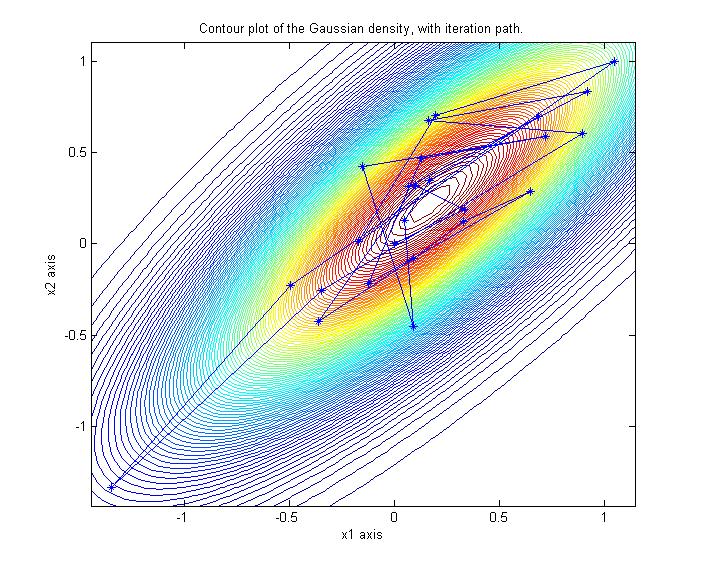 The Chebyshev accelerated forward-backward sweeps of Gauss-Siedel on the corresponding quadratic converges in 15 iterations: 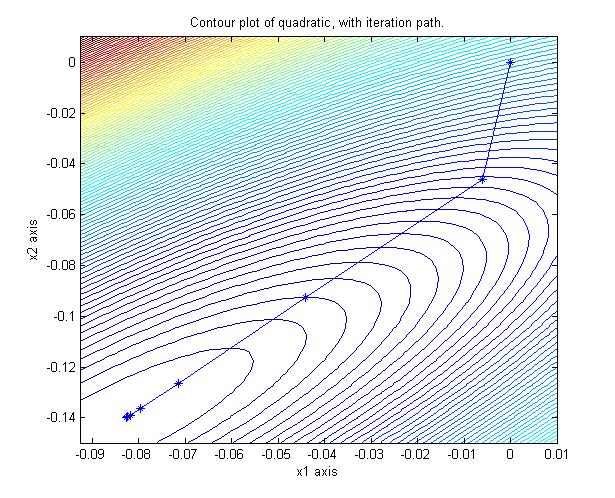 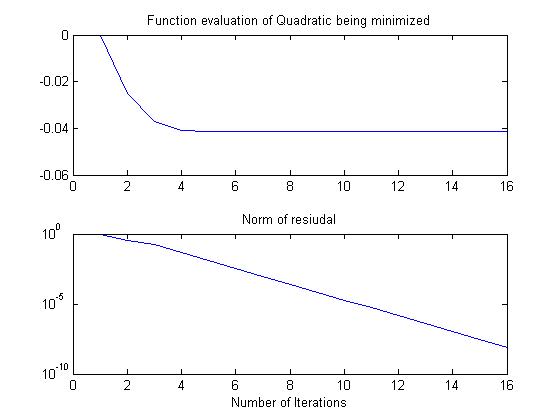 Acceleration by non-stationary Conjugate Gradients (or Lanczos vectors) works in theory, but implementation in finite precision is a work in progress (Parker & Fox, SISC, 2012; Parker et al., JASA, 2016). As expected from results from numerical linear algebra, a CG (or CD) sampler's performance depends on the distribution of the eigenvalues of the covariance matrix. 2-D is easy to sample from, shown here are iterates from a Lanczos implementation of a CG accelerated Gibbs sampler: 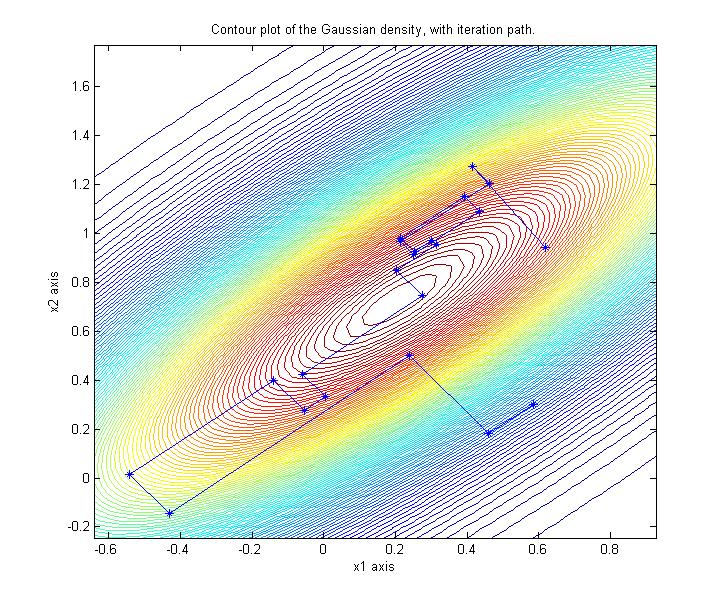 Unlike other iterative linear solvers, a CG linear solve finds the minimum of the corresponding quadratic in a finite number of iterations (ie faster than geometric convergence): 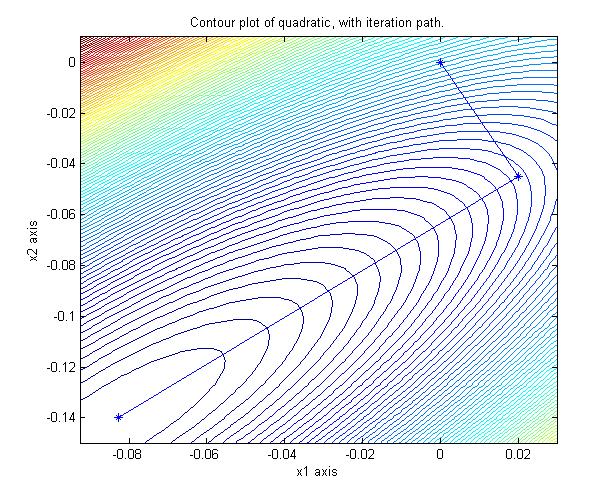 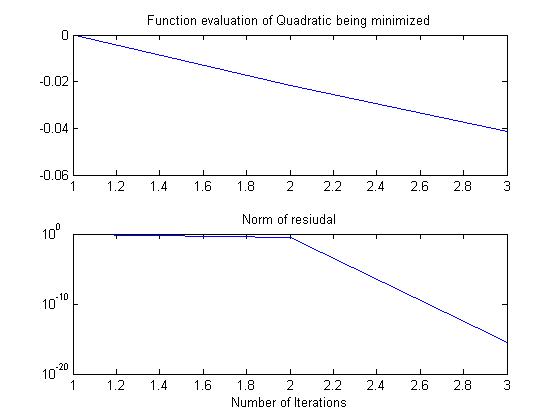